How to teach your kids the Alphabet? Alphabet knowledge plays a big role in a child’s eventual success learning to read. Once children can recognize the shapes of most letters instantly and effortlessly, they are able to shift their attention to sound-letter relationships and how to write letters. You can start teaching your child the alphabet when he’s around 2.

Your kids can start with the basic alphabet learning before kindergarten:

There are lots of fun ways to introduce your child to individual letters.

Play ABC song to your kids and teach them to sing the songs. By listening to the sound, they are able to learn the sounds each letter makes.

Introduce Your Child To Letters Of His Name

Begin letter learning by helping your kids learn the letters of his name. Point out the letters that form their name. Eventually they will get the idea that those letters, put together, stand for his name. For example, make DIY name tag to stick on their bedroom, books or toys. ATOSZ is a free teaching mobile app that helps your kids to identify each letter of alphabet. Download the apps on mobile phone or ipad, then show your kids the letters. Point to each letter and teach them to pronounce its sound. You can test your kids if they are able to click the alphabet in correct sequence. You also can point one of to your child and say “Can you trace this and tell me what it is?” 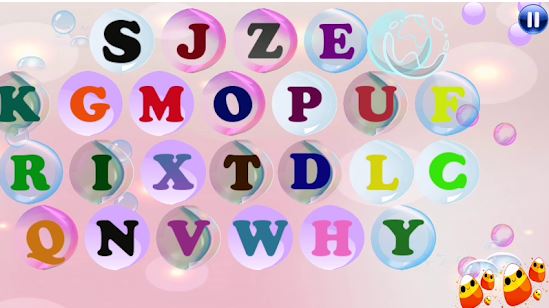 Alphabet word learning don’t have to be hard or complex. Remember, just make it fun, relax and your children will have interest to learn more. Position is refer to a place where something or someone is located. Knowledge about positional words enhances kids’ ability to give and follow directions. Using terms like up, down, left, and right help children to Read more… Cause and Effect English Lesson