Is it Odd or Even? Even and Odd Numbers

Even and Odd numbers can be shown as:

When you teach kids to identify larger odd and even numbers,  instructing them to look at the ones place. That single number will tell you whether the entire number is odd or even. For example, the number 37. It ends in 7, an odd number.

Egg Even Odd is the game that helps kids to distinguish between odd and even numbers, let’s extend the learning idea with fun game to help kids to understand this concept quickly! 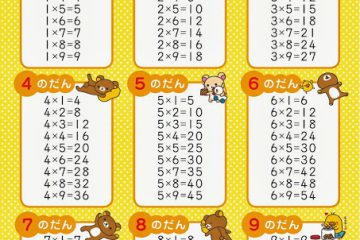 The basic idea of multiplication is repeated addition. To multiply means to add equal groups. Sign For Multiplication The most common is the “x” sign, but sometimes people use a “*”. 3 x 6 3 Read more… Purple is a mystery colour. It is the symbol of royalty and wealth.  Red and blue make purple. Purple learning quick start for kids: Encourage children to wear purple. Paint with purple colour. Look for Read more… Look around, you will find shapes everywhere. Drawing shapes help kids to develop fine motor skills. Draw out all the different shapes on a paper and ask your child to trace over it.  Compare The Read more…